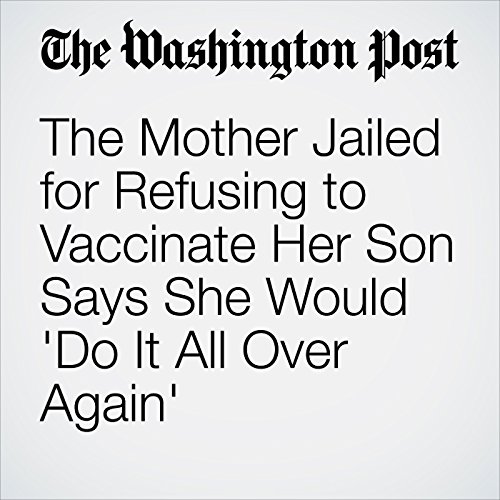 Days after a Michigan mother was put in jail for ignoring a court order to vaccinate her 9-year-old son, she said that given the choice, she would “do it all again.”

"The Mother Jailed for Refusing to Vaccinate Her Son Says She Would 'Do It All Over Again'" is from the October 13, 2017 Health section of The Washington Post. It was written by Lindsey Bever and Kristine Phillips and narrated by Jenny Hoops.