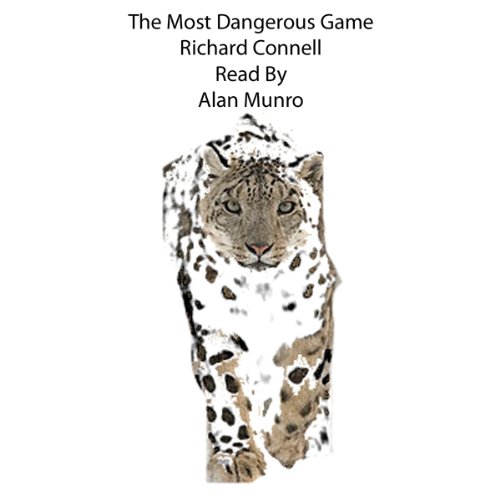 Widely anthologized and the author's best-known work, The Most Dangerous Game features as its main character a big-game hunter from New York who falls off a yacht and swims to an isolated island in the Caribbean. There he is hunted by a Cossack aristocrat. The story is an inversion of the big-game hunting safaris in Africa and South America that were fashionable among wealthy Americans in the 1920s.

If you could sum up The Most Dangerous Game in three words, what would they be?

What other book might you compare The Most Dangerous Game to and why?

"The Most Dangerous Game" fits into the pantheon of great turn of the century adventure like "20,000 Leagues Under the Sea," "Journey to the Center of the Earth," or "Alexander Quartermain." This classic short story feels like an ancestor of Indian Jones and the best of McSweeney's.

The aristocratic General Zaroff and bloodthirsty Ivan seem like archetypes for early James Bond villains and invoke the same fun. I was thrilled to see this short story was available on audible and it is a favorite when I'm in-between longer works.

The shortest scene in the story comes at the very end and leaves all of the violence and terror of the final showdown up to the imagination of the reader/listener, but despite it's brevity, the final scene still manages to chill the blood.

Absolutely! I first read this story, as I imagine many do, in middle school and despite decades between that reading and my first listen, I was shocked how vividly the story had stayed with me and remained as entertaining as it had twenty years ago. Not every story loved as a child holds up, but this one does.