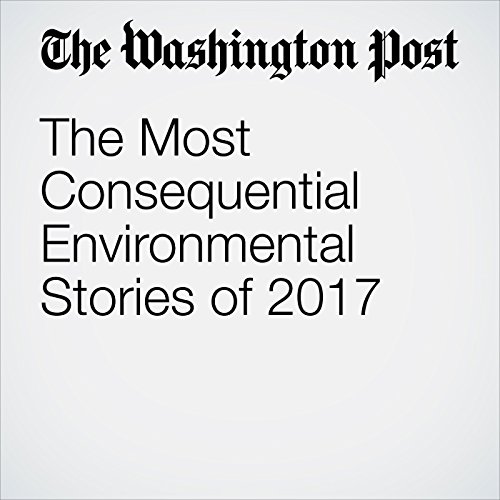 President Trump made his mark in the energy and environment world during his first year in Washington. Many of his actions aimed to undo work from the Obama era. Trump all but abandoned the nation’s efforts to combat climate change, and he shrank national monuments that President Barack Obama had established or sought to preserve. Trump scaled back regulations on the fossil fuel industry and pushed for more drilling on land and at sea.

"The Most Consequential Environmental Stories of 2017" is from the December 27, 2017 National section of The Washington Post. It was written by Brady Dennis and Darryl Fears and narrated by Sam Scholl.