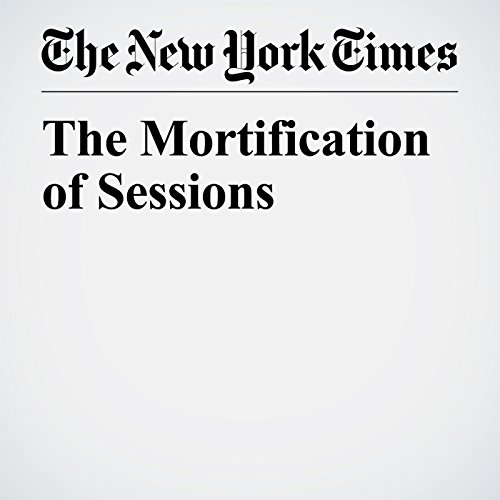 The appearance of Jeff Sessions before the Senate Intelligence Committee on Tuesday didn’t bring us much closer to understanding what did or didn’t happen between Donald Trump and the Russians, or what the president has or hasn’t done to cover it up. Sessions batted away many questions. His answers to others were gauzy and useless.

"The Mortification of Sessions" is from the June 13, 2017 Opinion section of The New York Times. It was written by Frank Bruni and narrated by Keith Sellon-Wright.