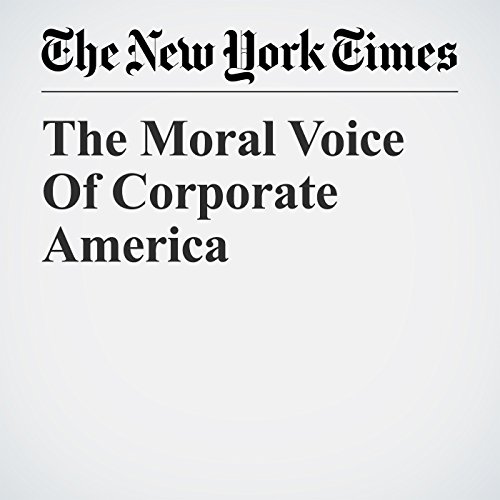 The Moral Voice Of Corporate America

After Nazi-saluting white supremacists rioted in Charlottesville, Virginia, and President Donald Trump dithered in his response, a chorus of business leaders rose up this past week to condemn hate groups and espouse tolerance and inclusion. And as lawmakers in Texas tried to restrict the rights of transgender people to use public bathrooms, corporate executives joined activists to kill the bill.

"The Moral Voice Of Corporate America" is from the August 19, 2017 Financial section of The New York Times. It was written by David Gelles and narrated by Kristi Burns.