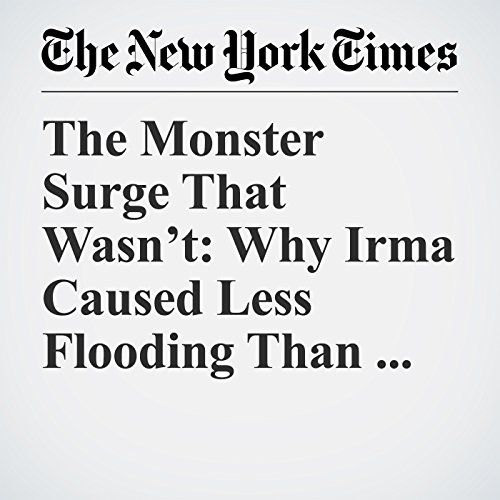 Across coastal Florida, the dreaded storm surge from Hurricane Irma — caused when ferocious winds pile up ocean water and push it onshore — was not as bad as forecast. While some areas were hard hit, notably the Florida Keys and Marco Island, residents of neighborhoods north to Fort Myers, Sarasota and Tampa Bay were expressing relief.

"The Monster Surge That Wasn’t: Why Irma Caused Less Flooding Than Expected" is from the September 11, 2017 U.S. section of The New York Times. It was written by Henry Fountain and Brad Plumer and narrated by Keith Sellon-Wright.