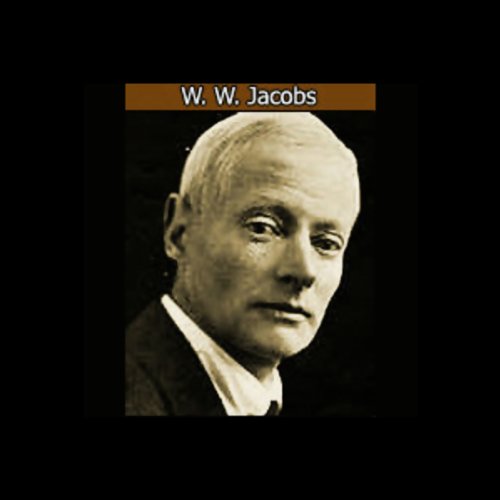 The paw of a dead monkey is a talisman that grants its possessor three wishes, but the wishes come with an enormous price.

The Monkey's Paw is a classic horror short story written by author W. W. Jacobs, first published in England in 1902.

where is the ending?

this recording ends before the narrator finishes the story. this is one of my favorite sorry stories and it was disappointning when the story just ended. this is the 2nd book u have purchased that is missing party of the recording. simmon prebble is outstanding

This is an old story - over 100 years old - and few antique ghost or horror stories can stand the test of time; most seem creaky and dated. Here is an exception, at least in this reading by Simon Prebble, whose rich voice is the perfect vessel for the narrative. Prebble brings the story to life in a way that few audiobooks achieve, first conjuring dark humor, then a genuinely eerie feeling, and finally real hair-raised-on-the-back-of-the-neck suspense as the story builds to its disturbing climax.

Turn out the lights, and listen. You're in for a treat.

The recording cuts off!

Don't get this one. The recording cuts off at the end. Everything else is great until then.

recording cuts off before the end of the book

I loved the story. But can only give 3 stars due to the technical issue. It sounds like the last few minutes are cut off from the recording.
I've deleted the file, redownloaded, and attempted to listen to it on other devices, all to no avail. Not sure what the issue is, but it was only like 50 cents to begin with, so I'm not too torn up.

The story is good but the performance was very choppy. It was hard to listen to.

Would you consider the audio edition of The Monkey's Paw to be better than the print version?

Yes. The reader adds greatly to the enjoyment of the story; a very gifted voice actor.

What was one of the most memorable moments of The Monkey's Paw?

It's a short story, set over three or four scenes so none really memorable than others.

As my comment above, but enjoyed all of it from beginning to end. The reader sets the scene and creates atmosphere.

Too short to be a film, methinks, but probably something along the lines of Be careful what you wish for.

Sadly, the last three minutes was missing, but hopefully I didn't miss too much at the end as the main point of the story had been made.