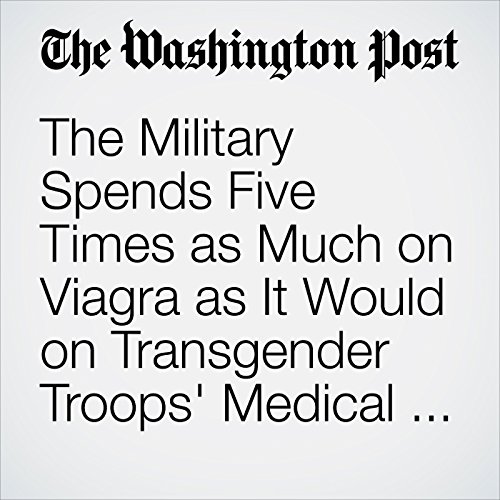 “Our military must be focused on decisive and overwhelming victory and cannot be burdened with the tremendous medical costs and disruption that transgender in the military would entail,” the president wrote.

"The Military Spends Five Times as Much on Viagra as It Would on Transgender Troops' Medical Care" is from the July 26, 2017 Wonkblog section of The Washington Post. It was written by Christopher Ingraham and narrated by Sam Scholl.