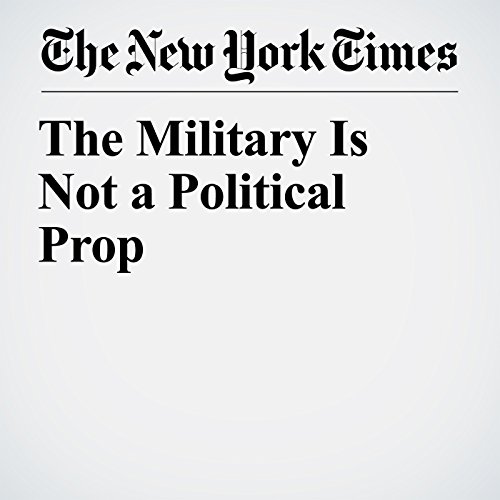 The Military Is Not a Political Prop

The power of the president, as commander in chief of the armed forces, has evolved over more than two centuries, constrained by congressional action, the emergence of a standing military establishment after World War II and a more complex world.

"The Military Is Not a Political Prop" is from the February 09, 2018 Opinion section of The New York Times. It was written by Philip Carter and narrated by Barbara Benjamin-Creel.