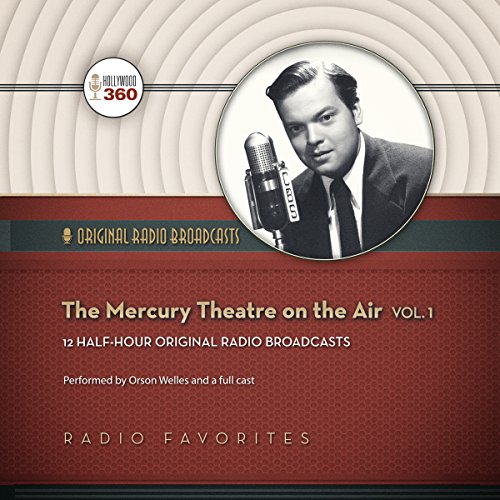 The Mercury Theatre on the Air, Vol. 1

The Mercury Theatre was an independent repertory company founded in New York City in 1937 by Orson Welles and producer John Houseman, who is best known for his Oscar-winning performance as Professor Charles Kingsfield in the The Paper Chase. After a series of acclaimed stage productions, Welles and his Mercury Theatre were offered theirown weekly hour-long radio program over the CBS radio network. Here Welles - along with Agnes Moorehead, Ray Collins, Joseph Cotten, Alice Frost, Martin Gabel, and others - presented powerful adaptations of literary classics with Bernard Herrman as composer and conductor.

Considered by many critics as the finest dramatic hour on radio, The Mercury Theatre on the Air was without a sponsor until a single broadcast changed all that: The War of the Worlds.