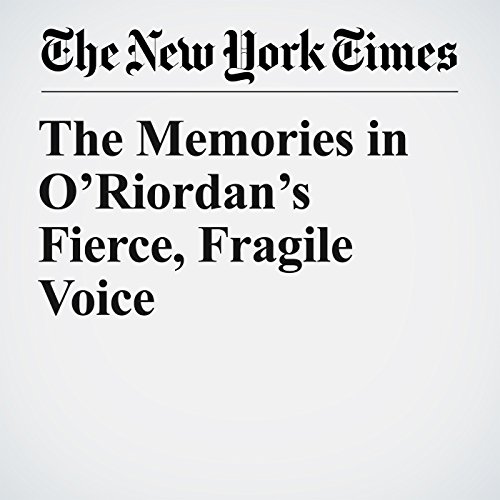 If you watched MTV in the winter of 1994, it was impossible to ignore “Zombie” by the Cranberries. The music video’s director, Samuel Bayer, drew from a palette he’d used on Nirvana’s “Smells Like Teen Spirit” and positioned the band’s lead singer, Dolores O’Riordan, painted in gold, in front of a large cross.

"The Memories in O’Riordan’s Fierce, Fragile Voice" is from the January 16, 2018 Entertainment section of The New York Times. It was written by Una Mullally and narrated by Kristi Burns.