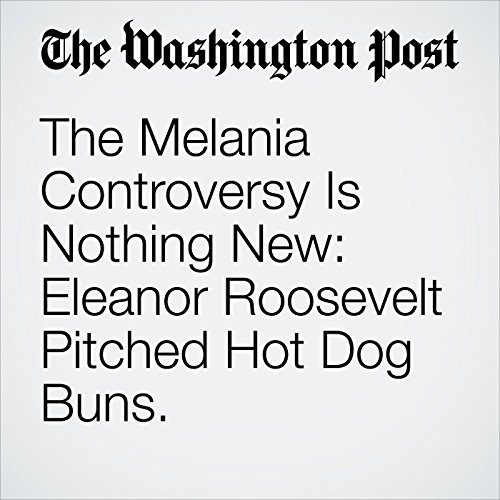 The tall, regal first lady was a magnet for marketers — and she happily signed on. During her years in the White House, she became a paid pitchwoman for hot dog buns, mattresses and air travel.

Many Americans were aghast at the sight of the president’s wife lending her name and face to hawk products in commercial advertising; Congress launched an investigation. But the controversy died down when Eleanor Roosevelt disclosed that she had donated most of her earnings to charity.

"The Melania Controversy Is Nothing New: Eleanor Roosevelt Pitched Hot Dog Buns." is from the February 08, 2017 Lifestyle section of The Washington Post. It was written by Krissah Thompson and Emily Heil and narrated by Sam Scholl.