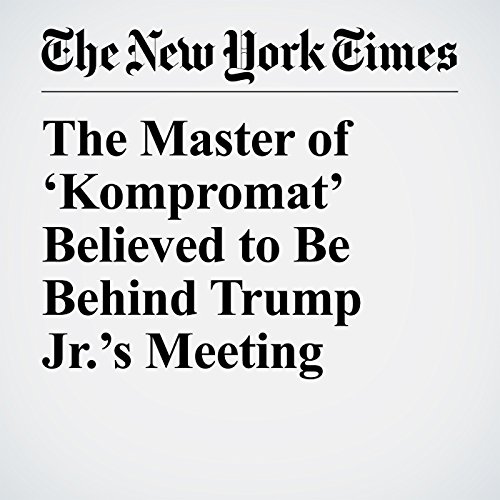 The salacious video, of a naked man in bed with two women, was one of the most prominent examples of “kompromat,” the Russian art of spreading damaging information to discredit a rival or an enemy, in recent Russian history.

"The Master of ‘Kompromat’ Believed to Be Behind Trump Jr.’s Meeting" is from the July 17, 2017 World section of The New York Times. It was written by Andrew E. Kramer and narrated by Keith Sellon-Wright.

Cosa pensano gli ascoltatori di The Master of ‘Kompromat’ Believed to Be Behind Trump Jr.’s Meeting