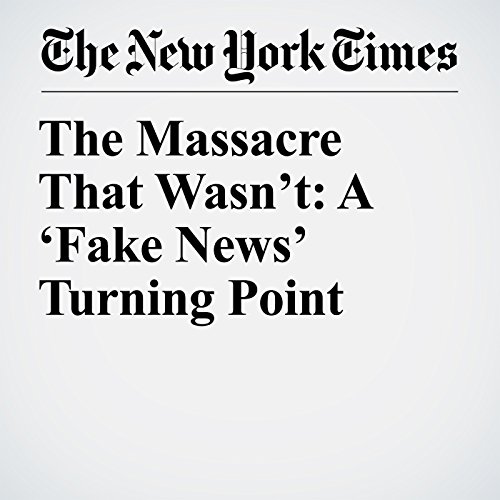 There were so many instant internet spoofs making fun of Kellyanne Conway’s now-famous “Bowling Green Massacre” that it’s hard to pick a favorite. Gun to my head, I’d say mine was the Twitter meme that showed a brass plaque dedicated to the names of the poor souls left for dead on Bowling Green’s grassy killing field. It was blank.

"The Massacre That Wasn’t: A ‘Fake News’ Turning Point" is from the February 05, 2017 Business section of The New York Times. It was written by Jim Rutenberg and narrated by Kristi Burns.