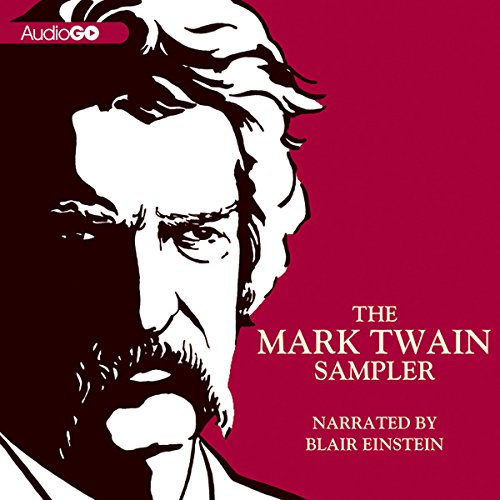 It is hardly an exaggeration to call Mark Twain one of the true giants of American literature, a master humorist, and a brilliant novelist. But while he is rightfully famed for such masterpieces as Tom Sawyer, Huckleberry Finn, and A Connecticut Yankee in King Arthur's Court, the range and depth of his lesser known works is equally impressive. The Mark Twain Sampler is an unforgettable collection of some of his most witty, passionate, fiery, and profound writings. Included here are the best of Twain's short stories, memoirs, letters, and speeches, from "The Notorious Jumping Frog of Calaveras County" to "The Report of My Death," and many other classic examples of his prodigious talent.
(P)1994 Audio Bookshelf

This is listening at it's best. Mark Twain's humor never goes out of style, his observations are timeless, nothing has changed since the day he wrote these stories. The narrator captures Mark Twain beautifully.

The screechy, sighing "nineteenth century" Mark Twain interpreter who reads this audiobook drove me nuts. I could hardly understand what he was saying. And I didn't find it funny. I couldn't get through it.