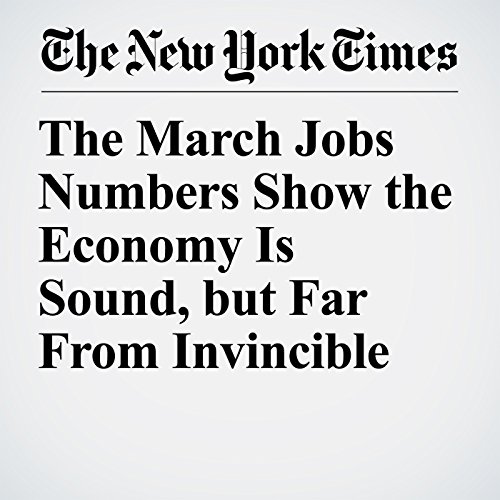 The March employment numbers were a disappointment, but only relative to extremely optimistic expectations. The basic story of a robust U.S. job market remains very much intact — though with an important asterisk.

"The March Jobs Numbers Show the Economy Is Sound, but Far From Invincible" is from the April 06, 2018 U.S. section of The New York Times. It was written by Neil Irwin and narrated by Fleet Cooper.