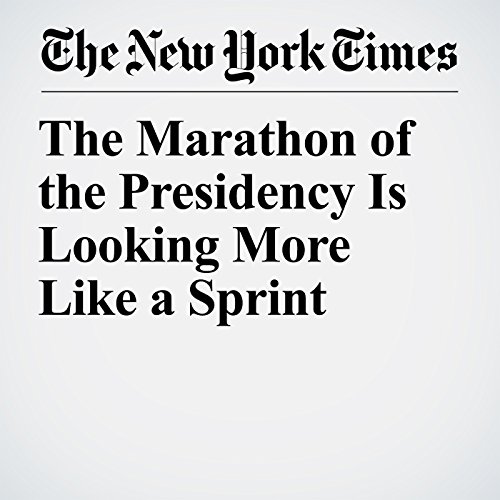 If other new occupants of the White House wanted to be judged by their first 100 days in office, President Donald Trump seems intent to be judged by his first 100 hours. No president in modern times, if ever, has started with such a flurry of initiatives on so many fronts in such short order.

"The Marathon of the Presidency Is Looking More Like a Sprint" is from the January 28, 2017 U.S. section of The New York Times. It was written by Charlie Savage, Peter Baker and Maggie Haberman and narrated by Barbara Benjamin-Creel.