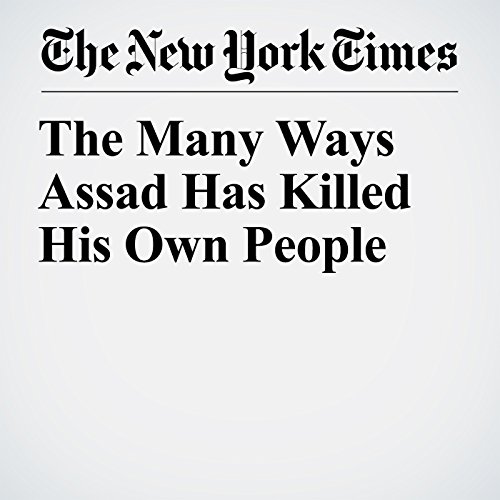 The Many Ways Assad Has Killed His Own People

In six years of war, President Bashar Assad of Syria has overseen a campaign of carnage, turning an enormous cache of deadly weapons against the very people they were presumably stockpiled to protect.

"The Many Ways Assad Has Killed His Own People" is from the April 05, 2017 World section of The New York Times. It was written by Russell Goldman and narrated by Fleet Cooper.