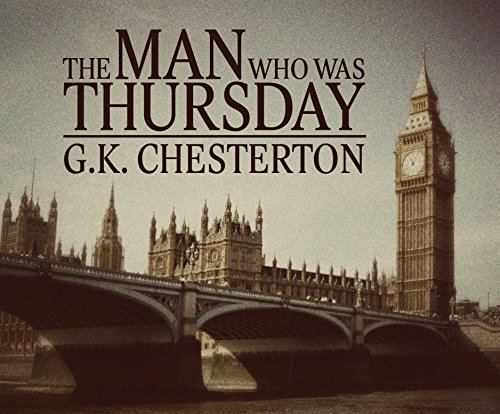 The Man Who Was Thursday

Set in early 1900s London, this metaphysical thriller follows undercover officer Gabriel Syme and his secret involvement with Scotland Yard's task force that attempts to take down underground anarchists. In doing so, Syme encounters Lucian Gregory, a passionate anarchist who eventually takes him to the area's secret meeting place. From there Syme influences his peers and eventually is voted to the central council. While Syme attempts to destroy the council of anarchists from the inside, he only uncovers more secrets, each more mysterious than the last.

Using many Christian allegories and themes of suffering, this classic G. K. Chesterton novel leaves listeners on the edges of their seats until the final secrets are uncovered.

Cosa pensando gli ascoltatori di The Man Who Was Thursday

Ripped off: This is not the complete book

It is also definitely not an issue with the download because the second to last chapter ends and then the music comes on and says that this had been the man who was Thursday and the credits "roll" very frustrating.

This Audible book does not include Chapter 15, though it claims to be unabridged Otherwise acceptable performance.

The last 2 chapters are missing

The last to chapters are important. Not good recording

Not sure if I somehow downloaded a messed up copy or what, but this audio book ends at chapter 14! It included the dedication as the first chapter and LEFT OUT the ending!! I don’t know how anyone could read a book without getting the last chapter. Thankfully, I had a hard copy I was reading along with, so I was still able to finish the book properly.

Aside from the missing chapter, fantastic book with an amazing story! I really enjoyed this version as it was read. Thank you!

Do not purchase this audio recording. It’s missing the last chapter. Other reviews state the same.