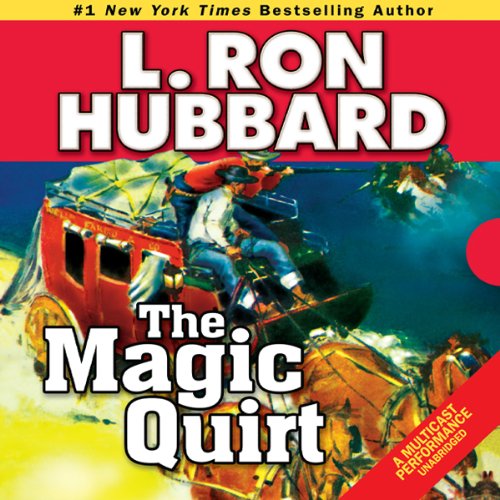 When it comes to boiling up a pot of coffee or stirring up a pot of stew, Old Laramie’s about as good a man as you’re going to find. But other than cooking three squares a day for the cowpunchers over at the Lazy G ranch, Laramie’s not good for much.

But Laramie’s luck - and life - are about to take an amazing turn. Quite by accident, he somehow manages to save a family of Mexicans from bandits, and as a token of their gratitude they give him The Magic Quirt - a horsewhip that he’s told will turn him into a new man.

Also includes the western adventures, “Vengeance Is Mine!” the story of a young man who sets out to avenge his father's death only to commit an act beyond redemption; and “Stacked Bullets”, in which a game of chance is fixed, a whole town is cheated, and nothing but a stack of bullets can make things right.

The transformation is indeed magical. Suddenly, Laramie is performing feats of ingenuity and courage that would make even the Lone Ranger proud. But magic is a funny thing - and as Laramie’s about to discover, sometimes it’s all an illusion.

Crack the whip, jingle the spurs, and pull the trigger as the audio version of The Magic Quirt works its Wild West magic on you.