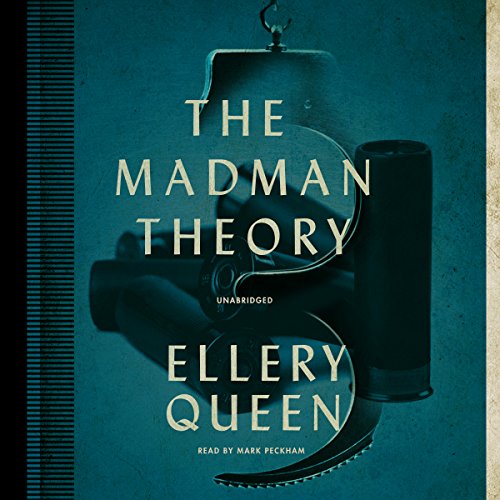 An exciting mystery by the masterly Ellery Queen.

Madman or murderer? That was the question, and it was Police Inspector Omar Collins who had come up with the answer. All he had to go on was: the victim - Earl Genneman, wealthy president of Genneman Labs; the scene - right in the middle of a busy state park; the murder weapon - a shotgun that was still missing; the witnesses - Myron Retwig, Red Kershaw, Bob Vega, and Buck James, all friends or employees of the deceased; the motive - unknown; the suspects - everyone!