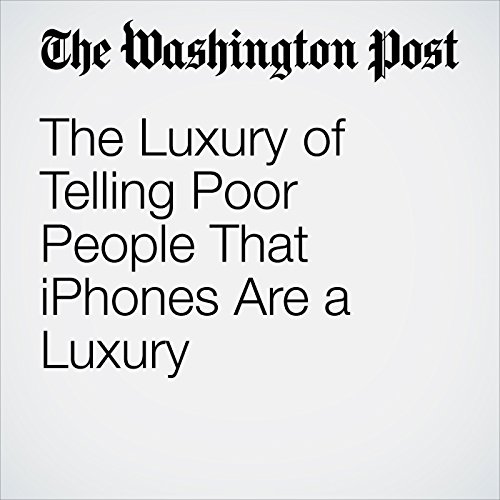 “Smartphones are no longer a luxury,” said Michael Calabrese, director of the Wireless Future program at the New America Foundation. “Surveys show that lower-income and minority people increasingly rely on smartphones for Internet access, since they can't afford both home and mobile broadband subscriptions.”

"The Luxury of Telling Poor People That iPhones Are a Luxury" is from the March 08, 2017 Technology section of The Washington Post. It was written by Brian Fung and narrated by Sam Scholl.