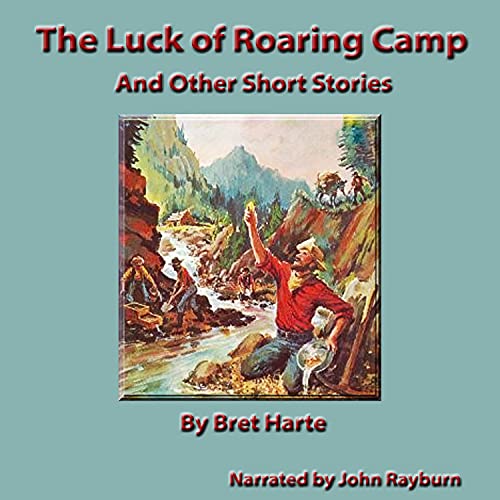 The Luck of Roaring Camp

Bret Harte was an American short-story writer and poet, best remembered for his short fiction featuring miners, gamblers, and other romantic figures of the California Gold Rush. In a career spanning more than four decades, he wrote poetry, plays, lectures, book reviews, editorials, and magazine sketches in addition to fiction. As he moved from California to the Eastern US to Europe, he incorporated new subjects and characters into his stories, but his Gold Rush tales have been the works most often reprinted, adapted, and admired. We offer now some samples of his diversity in a collection of his short stories.

“The Luck of Roaring Camp”
“The Outcasts of Poker Flats”
“Tennessee’s Partner”
“The Idyl of Red Gulch”
“Brown of Calaveras”
“Muck-A-Muck”
“The Ninety-Nine Guardsmen”
“Mr. Midshipman Breezy”
“John Jenkins”
“The Hoodlum Band”
“The Legend of Monte Del Diablo”
“The Legend of Devil’s Point”