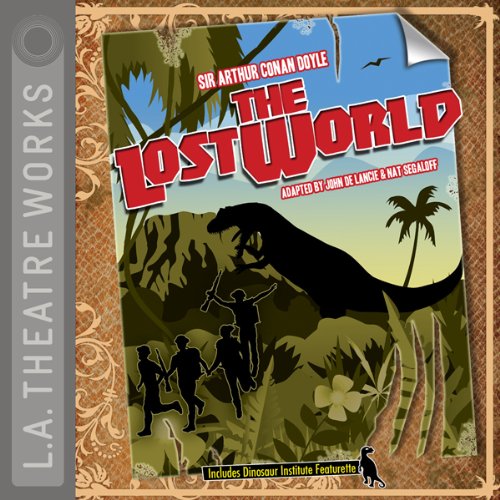 Arthur Conan Doyle’s rollicking adventure tale follows a scientific expedition deep into the Amazon jungle – right back into the time of dinosaurs and cave men. Before Jurassic Park, before Indiana Jones - there was The Lost World!

Recorded before a live audience at the Skirball Cultural Center, Los Angeles.

The Lost World is part of L.A. Theatre Works’ Relativity Series featuring science-themed plays. Major funding for the Relativity Series is provided by the Alfred P. Sloan Foundation to enhance public understanding of science and technology in the modern world.

I could hear John de Lancie's writing far more in this edition than I could hear Arthur Conan Doyle. The production was funny, mostly, and definitely cheesy, but unfortunately it sometimes also seemed racist. I'm not sure if that was due to how Doyle wrote it, how de Lancie wrote his adaptation, or how the narrator chose to play the part of Gomez.

I now have a decent sense of the book, but I'm going to have to listen to another edition to actually hear it in Doyle's words.