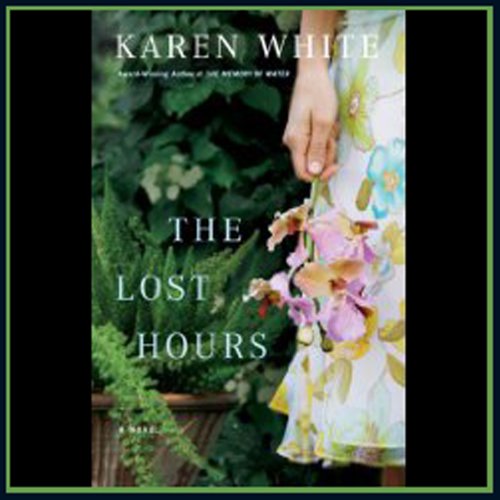 When Piper Mills was 12, she helped her grandfather bury a box that belonged to her grandmother in the backyard. For 12 years, it remained untouched. Now a near-fatal accident has shattered Piper's dreams of Olympic glory. After her grandfather's death, she inherits the house and all its secrets, including a key to a room that doesn't exist - or does it? And after her grandmother is sent away to a nursing home, she remembers the box buried in the backyard.

In it are torn pages from a scrapbook, a charm necklace - and a newspaper article from 1929 about the body of an infant found floating in the Savannah River. The necklace's charms tell the story of three friends during the 1920s - each charm added during the three months each friend had the necklace and recorded her life in the scrapbook.

Piper always dismissed her grandmother as not having had a story to tell. And now, too late, Piper finds she might have been wrong.

No, it was enjoyable. Not a great work of literature, but a really good summer vacation read. Showed a little bit of history and pre-civil-rights racism, and how people in the South covered up so much. I guess if you're going to repress more than half the population, a little shame and self-repression goes right along with it. But the characters were interesting, a little complex and not cartoonish, like they are in some of Karen White's other books.

The narration detracted quite a lot. For novels set in the South, you have to get narrators who can truly do Southern accents. Ms. Devries' inconsistent accent for the main protagonist, kind of sloshing back and forth between a Yankee and a southern accent, was distracting. It constantly pulled me out of the story and made me aware I was listening to a recording.

I couldn't wait to finish this book. BORING! 😴 As far as I'm concerned it's not up to her standard. I was extremely disappointed. She had a wonderful idea for a storyline, however, it fell FLAT! The characters didn't help it at all!!!

i loved the story, but parts were devastatingly sad. i would recommend this book. Love horses.

A story that stays with you

If you could sum up The Lost Hours in three words, what would they be?

It's tragic and thoughtful.

While this story is a little slow moving, esp. when compared to The House on Tradd Street, it is still a very good listen. It is well developed and I really enjoyed listening to the audio. It's the kind of story that stays with you long after you've finished the book because Karen White spends considerable time developing her characters and their relationships with family and friends. There are layers of secrets, sadness and emotional baggage for most of the characters in this book. It is not a

Beautifully, haunting tale of my native South read in a beautiful tone. This is my first book by Karen White as I cannot wait to get my hands on more.

i could barely keep listening to this book. i had to keep re-listening because for the first 1/3 of the book because it couldn't hold my attention. i've listened to other books by karen white and they are all a little slow, but i could barely get started with this one. interesting story line, but not a 'feel good' novel. if you have patience, its worth it. BUT be prepared to struggle through the beginning.

She did it again with this one. Loved it. Entertaining, thought provoking, well writen. Keeping my eye on this lady!

really good book. no bad language and interesting. I would highly recommend it to my friends.

One of her best……

I have read many Karen White books and this is certainly one of the best—-good pacing, believable characters, and secrets for a good story. If you know anything about horses it’s an added bonus. For those who object to the narrator’s accent remember that there are almost no true regional southern dialects left anyway. Don’t let that get in the way of a good story!

I couldn’t stand the “Southern” accents. The main character’s accent was bad enough, but even worse for Tucker and the very worst was the children.