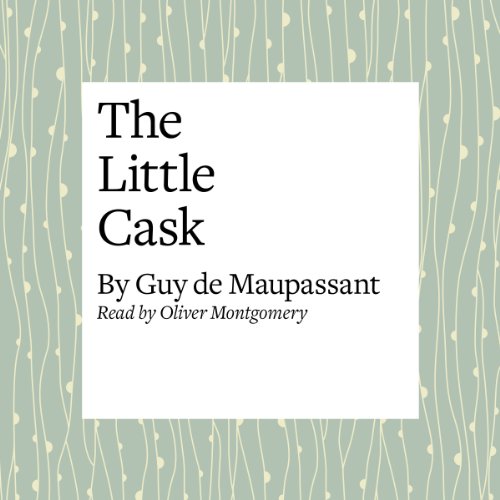 This is a story from the Normandy Stories collection.

Maupassant is hailed as one of the greatest masters of the short story. This collection focuses upon the land he knew and loved so well - Normandy. Its people and its countryside are portrayed here in vivid color and with great warmth. Amusing, saucy, and sometimes even farcical they may be, but they are also capable of great pathos, often branching off to end tragically. It is this skilful and affecting blend of tragedy and comedy, of tears and laughter, which make Maupassant's Normandy Stories the enduring favorites they are today.

19th century French author Guy de Maupassant, one of the progenitors of the modern short story, sets the action of his deeply ironic "The Little Cask" in the French countryside, where a conniving and covetous innkeeper determined to acquire his elderly neighbor’s farmland devises an insidious plan to achieve his end goal.

Oliver Montgomery, with his dynamic performance, proves he’s more than up to the task in breathing life into the obdurate Mother Magloire, and his portrayal of Chicot reeks of pure avarice in this short yet powerful audiobook.