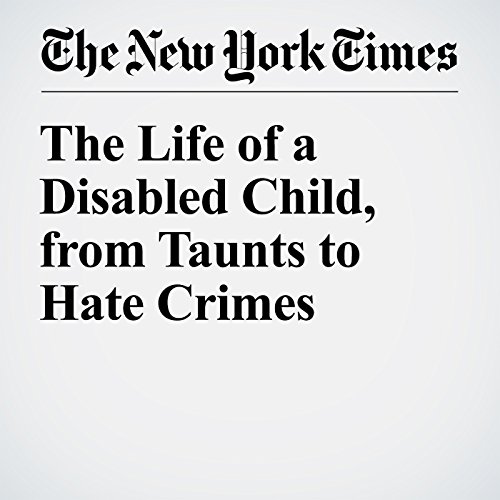 Since the days when my mother wouldn’t let my older brother go out to play stickball if I wasn’t with him, there’s been a lot of progress in attitudes toward those we now call developmentally or intellectually challenged. There’s mainstreaming them into public schools, the Special Olympics, TV shows like “Speechless,” Down syndrome children in clothing ads. There are group homes, not warehousing. There’s awareness that words can wound. I flinched when someone yelled “retard” at my brother, Jimmy. For some comedians, it was a laugh line. You don’t hear it much anymore.

And now a barbaric attack in Chicago on an intellectually disabled teenager is rightly being treated as a hate crime.

"The Life of a Disabled Child, from Taunts to Hate Crimes" is from the January 06, 2017 Opinion section of The New York Times. It was written by Margaret Carlson and narrated by Paul Ryden.

Cosa pensano gli ascoltatori di The Life of a Disabled Child, from Taunts to Hate Crimes