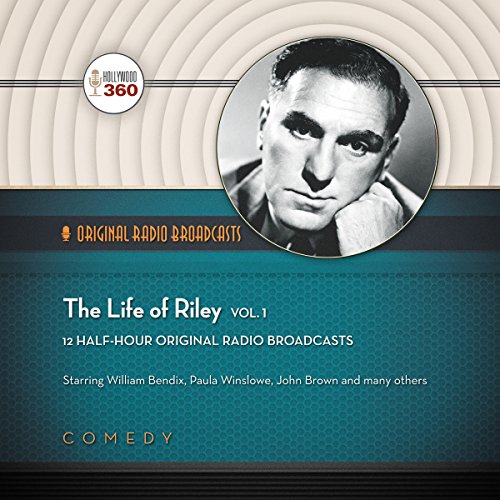 Created by Irving Brecher, The Life of Riley starred William Bendix as Brooklyn-born Chester A. Riley, a family man who worked as a wing riveter at the fictional Cunningham Aircraft plant in California. The stories were usually set at home, where Riley would cheerfully disrupt life with his malapropisms and ill-timed intervention into minor problems. His stock answer to every turn of fate became a popular catchphrase: "What a revoltin' development this is!" Trouble usually arose when Riley received bad information from his coworker, Jim Gillis.

The program aired on radio from 1944 until 1951, making a successful transition to television in 1949. Due to a contract dispute, Bendix couldn't initially play Riley on television, so the role went to Jackie Gleason. In 1953 Bendix was free to star as Riley on the small screen and continued with it until 1958.