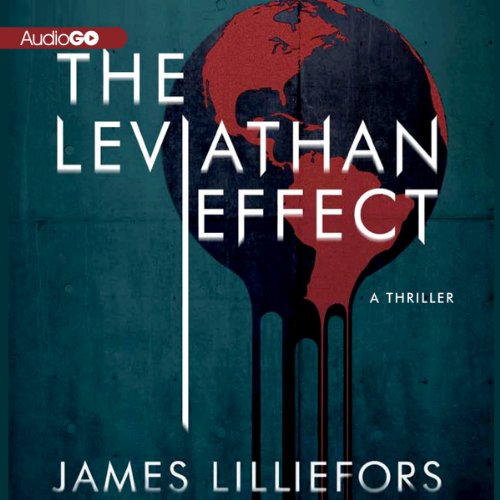 Homeland Security Secretary Catherine Blaine receives a frightening communication from a hacker identified only by the pseudonym Janus. The message is the latest in a series correctly predicting natural disasters around the world - disasters that, Janus claims, were manufactured, not natural at all. And, according to the email, unless the United States does as Janus instructs, another disaster is coming - a Category 5 hurricane that will hit the Eastern Seaboard and destroy the lives of tens of millions of people.

Unaware of the crisis in Washington, investigative journalist Jon Mallory stumbles upon a list of seven prominent scientists who have been murdered over the past dozen years. When the person who gave him the list disappears, Jon realizes he has unwittingly become part of a deadly chain of events and contacts his brother, private intelligence contractor Charles, for help. Meanwhile, Catherine Blaine has also come to Charles for help in tracking down Janus and uncovering the frightening new weather technology that threatens the world.

Where does The Leviathan Effect rank among all the audiobooks you’ve listened to so far?

The discussion of the impact of human intervention on the environment through the lens of a particular 'natural' disaster was very interesting. I appreciated that the author created a 'thriller' to elucidate the many layers of significance. The characters and plot were very entertaining.

Have you listened to any of Rebecca Gibel’s other performances before? How does this one compare?

I haven't listened to any of her performances before. I definitely enjoyed this performance: the many characters were distinctively voiced and the dramatic settings were even more vivid in the 'speaking'.

There wasn't a particular moment; however, I continue to think about the hallucinations experienced by several characters at the height of the 'unnatural' natural disaster.

I definitely enjoyed this book and recommend it as a fast-paced thriller with a highly charged twist.

This written like the author just graduated from school. It has all the parts to tie the story together. Being a South Floridan, I found the total lack of hurricane knowledge very frustrating. Category 5 storms are NOT !20 mph. Other parts were also poorly researched, Also,lots of cliches; THE narration was very well done & saved the book fo me..

The information about weather and the potential for scientific advances that evoke the possibility of the climate being utilized as a defensive weapon were very interesting. Particularly the issue of climate change, global warming and the involvement of governments was fascinating.

That said, the character development was so far off the mark, I just kept wanting the book to be over. The head of Homeland Security surely would not be a whining, hesitant, (my daddy didn't love me) person??? If our country faces a threat of any kind, I would like to think the head of HS would be upfront and forthright with knowledge and ideas about how to handle the issues. I believe a "Hillary Clinton" personality would have been my characterization. I disliked the back and forth between making her seem smart, sharp and on top of things to the wringing hands of the "Oh I need a man to get me thru this.

All the cabinet members' characterizations did not seem legitimate either and of course we have the hunky man in the background just waiting to save the day. I just finished the book and I cant even remember the main character's name! What a woman and role model.

Anyway I learned a lot about weather patterns and climate changes and nature's forces unknown and unyielding to the human hand. Can't give it more than a 3 tho.

Where does The Leviathan Effect rank among all the audiobooks you’ve listened to so far?

Right smack dab middle. An interesting concept, relatively well executed but with a number of by now well worn cliches.

Example: ( green eyes??? I can't count how many BOT I have listened to where at least one of the main characters have green eye, and yet the instance of green eyes in the general population is roughly 2 % COME ON!!! )


Example: Main characters having sex in the middle of the a pending disaster. Once again, the classic cliche.


In spite of the Cliche Greatest Hit world tour, this one is not bad. mainly for it's deep research into weather and climate modification, and the impact on society.

The performer keeps it all straight and rolling along nicely as well.

LOSE THE FRICKIN' GREEN EYES WILL YA!

Have you listened to any of Rebecca Gibel’s other performances before? How does this one compare?

Not that I recall, but I would. She keeps the characters lively and diversified voice wise enough to be compelling.

Never done it, unlikely to in future. Maybe on a slow boat to some distant land. Or prison.

Worth running this in the background. Bring your raincoat.

I tried several times to finish it. I kept thinking it was my mood at the time. No, after 4 tries, I stopped. I found myself daydreaming or forgetting I was even listening to a book. Don't bother.

The story. It had great promise. However, I believe it looses steam after the first quarter.

What was most disappointing about James Lilliefors’s story?

I feel as though there isnt much for the reader/listener to take back. I lost interest about 40% in to the book and it didnt improve

What would have made The Leviathan Effect better?

A different narrator would have helped. The timbre of her voice made the story and characterizations very difficult to follow. Kate Blaine did not sound at all like the strong character the author wrote her as being. The passages describing the weather science put me to sleep, and I was interested!

Disappointment...I wish I had read the print version.

The narration was so bad it was hard to get past that element to enjoy the book. This is one I wish I had read rather than get the audio book. Not only did her voice not fit, she had so many mis-pronunciations and bad accents that is was very distracting. Her butchering of the word archipelago is still stuck in my mind.

Listen to this in you want a PHD in Meteorology

Would you try another book from James Lilliefors and/or Rebecca Gibel?

I don't think I would try another book because the characters were not developed or believable as leaders of the country. The science was way to heavy in the story.

What was most disappointing about James Lilliefors’s story?

Weather! It was described as a thriller and it was nothing but a weather report and a description of how weather developed during the entire book. It was more boring than a local weather report.

First audio book I will not finish - I am so cheap when I spend my money on a book I always see it to then end but I don't care about the characters or the weather, and I won't sit through any more science lectures on weather.

What made the experience of listening to The Leviathan Effect the most enjoyable?

This was a good story. It had just enough factual information to make it believable and worth the listen.

Good story.I love a good storm but the idea that they can be manufactured is chilling.

Janus (the Roman god of doorways) was mispronounced throughout the story and it made it annoying each time she said it.

I listened to this book on a long drive and I wanted to hear how it ended.

Narrator should ask how to pronounce something if she is not sure...she pronounced Janus ya-noose---I wan't even sure what she was saying at first.