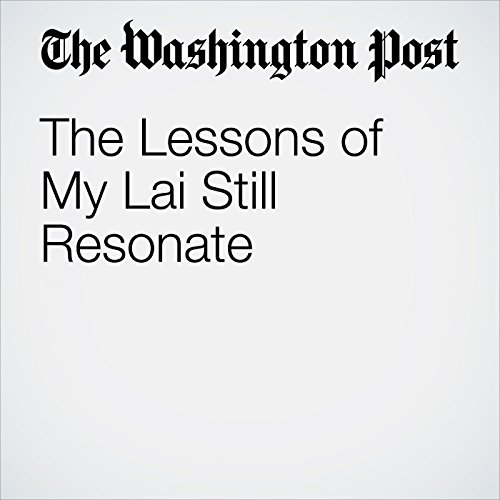 Fifty years ago this week, on March 16, 1968, around 200 U.S. soldiers from Charlie and Bravo companies burst into a Communist-dominated area in South Vietnam known to GIs as “Pinkville.” In less than four hours, more than 500 Vietnamese civilians — including elderly men, women and children — were dead in the villages of My Lai 4, Binh Tay, Binh Dong and My Khe 4.

"The Lessons of My Lai Still Resonate" is from the March 16, 2018 Opinion section of The Washington Post. It was written by Howard Jones and narrated by Jenny Hoops.