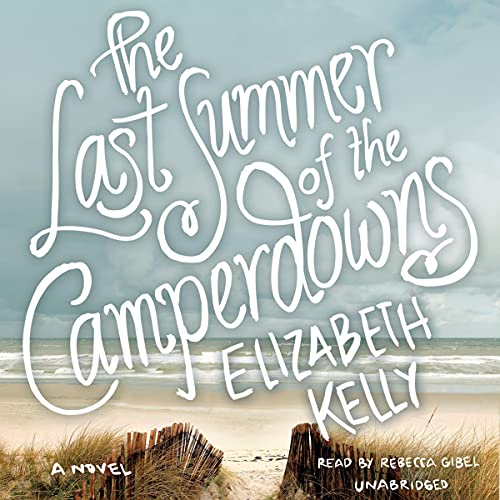 The Last Summer of the Camperdowns

Set on Cape Cod during one tumultuous summer, Elizabeth Kelly’s gothic family story will delight readers of The Family Fang and The Giant’s House.

The Last Summer of the Camperdowns, from the best-selling author of Apologize, Apologize!, introduces Riddle James Camperdown, the twelve-year-old daughter of the idealistic Camp and his manicured, razor-sharp wife, Greer. It’s 1972, and Riddle’s father is running for office from the family compoundin Wellfleet, Massachusetts. Between Camp’s desire to toughen her up andGreer’s demand for glamour, Riddle has her hands full juggling her eccentric parents. When she accidentally witnesses a crime close to home, her confusion and fear keep her silent. As the summer unfolds, the consequences of her silence multiply. Another mysterious and powerful family, the Devlins, slowly emerges as the keeper of astonishing secrets that could shatter the Camperdowns. As an old love triangle, bitter war wounds, and the struggle forstatus spiral out of control, Riddle can only watch, hoping for the courage to reveal the truth.

R.L. Stine Summered on the Cape with John Cheever

...and came up with this story as a lark one gin-fueled summer night. This novel seems to have all the right ingredients for a transporting beach read: clever characters in moneyed summer community including eccentric neighbors and famousy parents, mysterious happenings to be explained later, references to 1972 current events, etc. Unfortunately, my imagination couldn't find a comfortable place to settle in and enjoy the story. From the beginning, this book made me restless, or like I had a pebble in my shoe.

As I began to listen, I thought, "This novel is like 'The Lovely Bones' meets 'Seating Arrangements!'" After meeting more characters, notably, the plucky 12 year old protagonist named Riddle, I said, "No, it's an east coast 'To Kill A Mockingbird' with a super sinister Boo Radley!" When Riddle witnesses a crime and becomes completely unable to say a peep to these sophisticated, caustic parents with whom she seems to have a fairly good relationship, I became exasperated and called it. I need to be done. From what the author tells us of Riddle, she would have spoken up; even if her parents were self absorbed and preoccupied. That's where R.L. Stine comes in. I haven't read his children's "Goosebumps" series, but I have heard him called "Stephen King for Children" and that's the flavor of this book. Without Stephen King's compulsive readability. Poor Riddle is left to solve her own problems in a world where adults are shadowy presences with influences ranging from benign to malign.

I was four hours in before I gave up so please forgive me if this turns out to be an incredibly amazing story for those willing to invest the full thirteen hours. I have absolutely been wrong about books before but I'm willing to risk losing out and am returning this title. Still in the mood for some windswept summer house drama, I think I'll reread "Fortune's Rocks" or "Sea Glass" by Anita Shreve. Then a little Updike. Summer's too short to waste time on things so underwhelming.

This narrator sounds like computer generated voice acting. I couldn’t get through the first chapter.

Worth sticking it through

The performance of this book and the characters are very good.The story does lag in the middle, but was rather good.