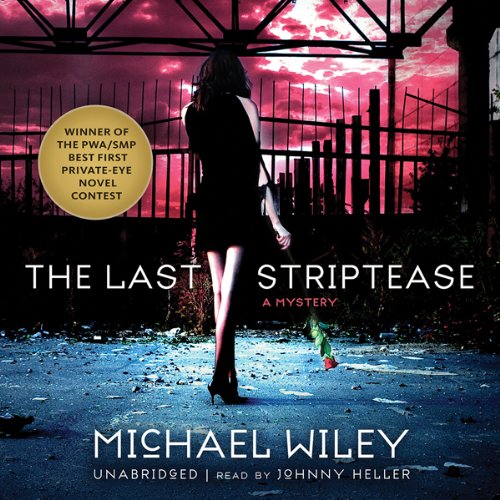 In his impressive and confident debut, Michael Wiley delivers a thrilling tale about how greed and revenge play out on the streets of Chicago.

Private eye Joe Kozmarski has just been asked to clear his childhood friend Bob Piedras of murder. Bob’s latest girlfriend, a young Vietnamese American beauty, has turned up dead in an airport hotel. No one is very surprised; she had a taste for hard liquor, drugs, and stripping in front of a camera. And Bob has a history of violence. But Bob’s boss, retired judge Peter Rifkin, is convinced Bob is innocent and thinks Joe is the one to find the real killer.

But Joe’s life is complicated. He hasn’t spoken to Rifkin for 15 years - ever since his father, now dead, found out that the judge had double-crossed him. The dead woman’s brothers, a pair of tough guys, are bent on being the first to find and punish her murderer. On top of that, Joe and his wife have separated, and his mother has dropped his 11-year-old nephew on him. But the more obstacles Joe encounters, the more determined he becomes to see this case through.

With its vividly realized characters and compelling story line, The Last Striptease won the 2006 St. Martin’s Press / Private Eye Writers of America contest, which has accomplished its mission of finding amazing new talent in what has become a long tradition of excellent crime fiction.

Clunky, implausible story read by possibly the worst narration choice ever. The scratchy, monotone of the reader brought to mind a geriatric geezer wheezing his way to the Last Round-up. The protagonist could not take a shape that matched the action or dialogue. It just didn't work if the guy was past 60. Too many undeveloped, thin characters. I felt like tracking Joe down and putting him out of his misery right after I called Child Protective Services.
How doe this stuff get published and whomever made the call on Heller should be dismissed post haste. A very unsatisfying experience. Maybe not Gabby, how about Walter Brennan or Buddy Ebsen. Cue the squeaky rocking chair........