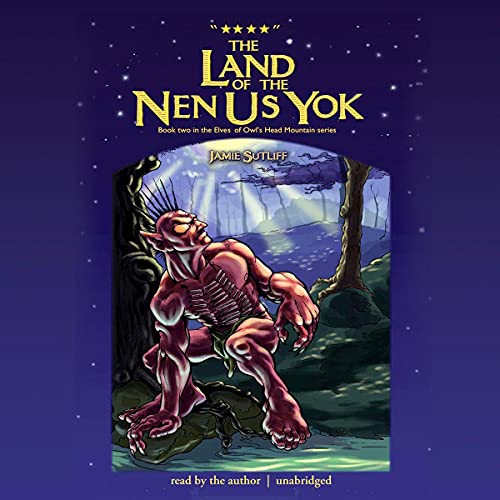 The Land of the Nen-Us-Yok

The Land of the Nen-Us-Yok is the second volume in a young-adult fantasy series and the sequel to The Elves of Owl’s Head Mountain. The story is based on Native American magical beliefs. In The Elves of Owl’s Head Mountain, a young boy was summoned to a magical dimension by a shaman. Now his adventures with the elves and wizards of that world continue.

Jamie Sutliff has turned a number of his stories into award-winning screenplays, including The Devil Wind, which won a Laurel Leaf for best screenplay at Hollywood's Independent Film Festival; Yah-Ko, which won the Silver Award at the International Independent Film Awards; and Antidote Man, a semifinalist at the Hollywood Circus Road Film Festival.

©Jamie Sutliff (P)2013 Blackstone Audio, Inc.
Letteratura e narrativa Fantasy e magia
Mostra di più Mostra meno
"Author Jamie Sutliff has woven a fast-paced tale of fantasy and adventure in multiple dimensions inhabited by humans, monsters, wizards, elves, pixies, and the Nen-Us-Yok, or ‘Spirit-Dwarf People’, of Native American legend. Wielding magical powers for good and for evil, inhabitants of each dimension are faced with trials and adventures of their own but find that they need to set differences aside when their worlds are threatened by a greater dilemma - humanity’s destruction of the ozone layer calls them to unite to find a solution before sickness and death consume their worlds.” (ForeWord Reviews)
“Jamie Sutliff, author of five novels and a short story collection, has deeply researched Native American folklore and archaic Algonquian, Iroquois, and Mohawk languages, making his descriptions of the Nen-Us-Yok and their ways rich and colorful.... The tale is particularly applicable to today’s world...faced with a similar environmental peril." (Clarion Reviews)