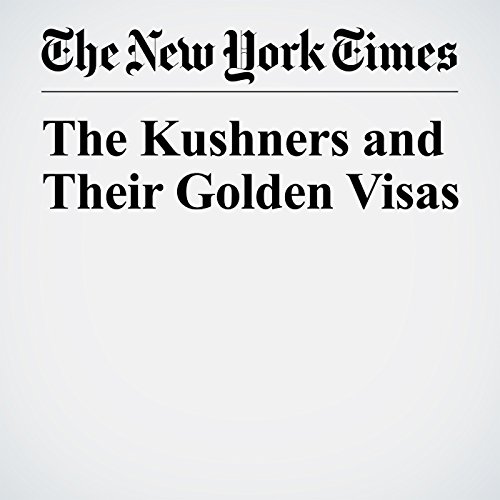 The Kushner family has been caught in a shameless act of name-dropping. It has been highlighting its White House connections to entice wealthy Chinese investors and promising them green cards in return under a special government visa program. That’s pretty bad. But it’s also a scandal that Congress allows real estate developers to use the U.S. immigration system to pad their profits.

"The Kushners and Their Golden Visas" is from the May 08, 2017 Opinion section of The New York Times. It was written by The Editorial Board and narrated by Keith Sellon-Wright.