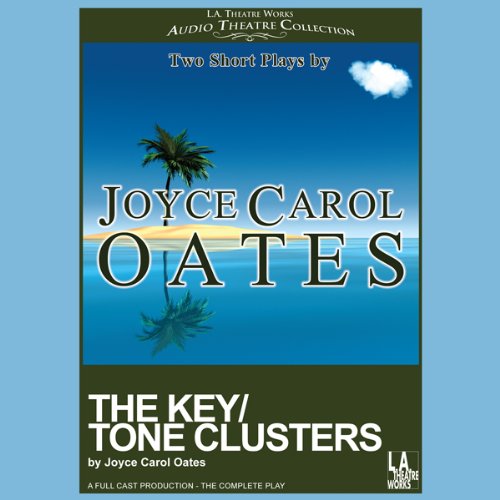 The Key: a hilariously perverse encounter between a vacationing suburban housewife, recently separated from her husband, and a prosperous businessman.

Tone Cluster: a chilling comedy that takes the form of an interview between a middle-aged, middle-class American couple and the media.

Edward Asner, Hector Elizondo, Darryl Reed, Joyce Van Patten, and JoBeth Williams dramatize two one-act plays by Joyce Carol Oates in this production by LA Theatre Works. The Key is a slice-of-life narrative that depicts a strange and hilarious encounter between a housewife and a successful businessman on vacation in the Carribbean; while Tone Clusters, a grim yet comic dissection of American media's exploitative sensationalism, shows a suburban New Jersey couple being interviewed after their son is suspected of murder. The esteemed actors brim with excellent comic timing and intonation, doing justice to Oates' whip-smart and incisive character studies.