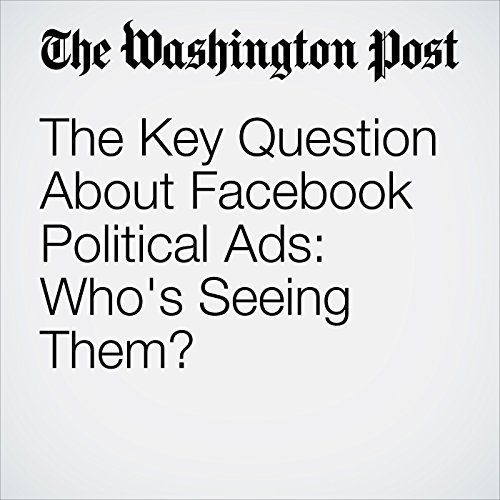 "The Key Question About Facebook Political Ads: Who's Seeing Them?" is from the September 06, 2017 Politics section of The Washington Post. It was written by Philip Bump and narrated by Sam Scholl.