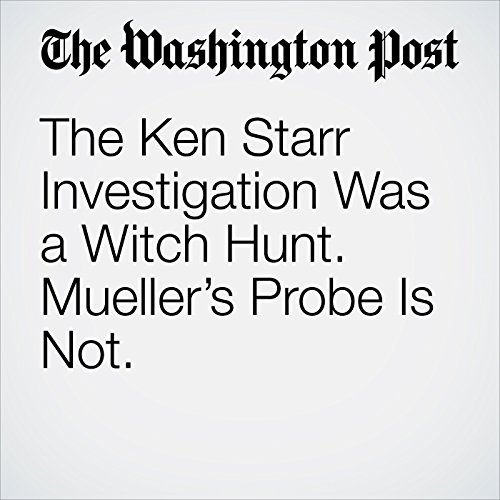 We’re hearing a lot these days about 13 Angry Democrats on a Witch Hunt. President Trump and his allies have made much of the fact that 13 lawyers working for special counsel Robert S. Mueller III are Democratic voters or contributors. Almost all of them are career Justice Department employees who, like most in the D.C. and New York areas, seem to lean to the left.

"The Ken Starr Investigation Was a Witch Hunt. Mueller’s Probe Is Not." is from the July 15, 2018 Opinion section of The Washington Post. It was written by Nelson W. Cunningham and narrated by Sam Scholl.