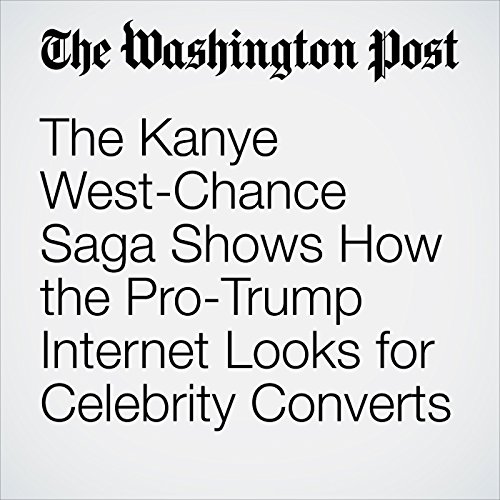 When Kanye West shouted out a pro-President Trump YouTuber over the weekend and then praised Trump on twitter on Wednesday, people wondered whether the president would Tweet about it. By Friday, there was a different question: When would the president stop Tweeting about Kanye West?

"The Kanye West-Chance Saga Shows How the Pro-Trump Internet Looks for Celebrity Converts" is from the April 27, 2018 Lifestyle section of The Washington Post. It was written by Abby Ohlheiser and narrated by Jenny Hoops.