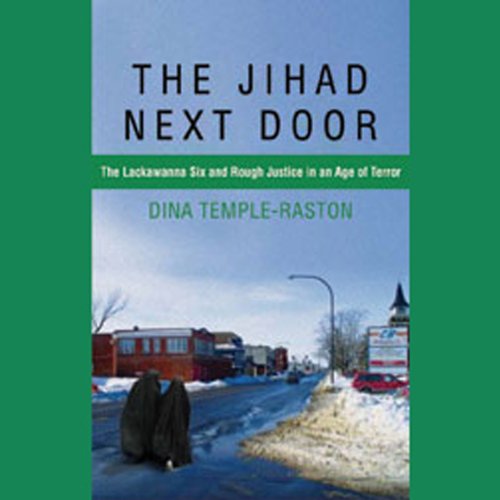 The author of A Death in Texas uncovers a strange corner of the war on terror in Lackawanna, New York, home of what was called the first homegrown al-Qaeda terrorist cell in America. Or was it?

The "Lackawanna Six" were young men, born of Yemeni families long settled in upstate New York, who took a trip to Pakistan and Afghanistan and spent time in an al-Qaeda training camp long before the specter of 9/11, before most people had even heard of Osama Bin Laden, and before the existence of the Homeland Security Act.

This is a story of pre-emptive imprisonment for an act of terrorism never committed, a terrorist cell that may not even have been a cell, and a mysterious al-Qaeda contact who was supposedly killed but whose remains were never found.

Dina Temple-Raston, a superb chronicler of the real life of America, forces a re-evaluation of the casualties of the war on terror.

©2007 Dina Temple-Raston (P)2007 Blackstone Audio Inc.
"[A] well-wrought investigative report....[Dina Temple-Raston] delves deeply into the lives of these residents of Lackawanna....An elegant examination of how the rules of justice have changed since 9/11." ( Kirkus Reviews)

I've just bought this book, but I'm afraid I can't listen to it. It sounds as if it's been narrated by a female sounding computer speaking a little too fast for us humans.

A shame, since I looked forward to this. I'll have to buy it in print instead.

A different narrator. This one is the worst I've heard.