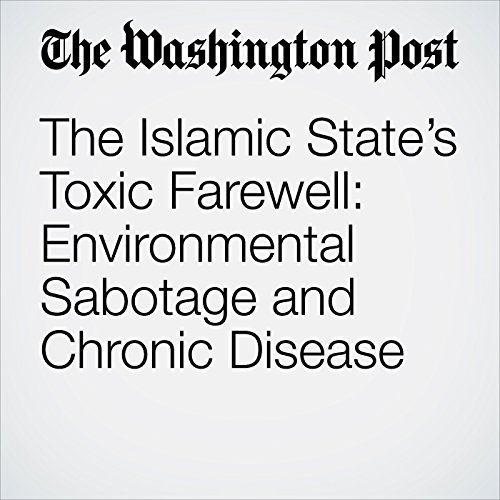 The militants detonated 25 oil wells in a desperate and ultimately unsuccessful effort to defend their terrain against Iraqi security forces in 2016 and wreck a prized national asset. For nine months, a thick, blinding cloud of smoke engulfed Qayyarah and the villages that surround it, turning people’s skin and sheep’s coats black from soot.

"The Islamic State’s Toxic Farewell: Environmental Sabotage and Chronic Disease" is from the February 04, 2018 World section of The Washington Post. It was written by Tamer El-Ghobashy, Joby Warrick and narrated by Sam Scholl.