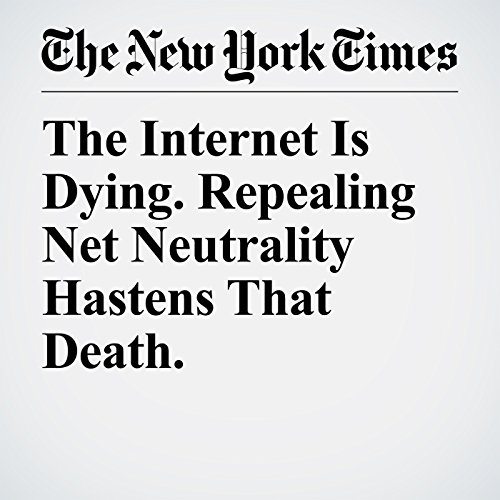 Pull up Facebook on your phone and you will still see your second cousin’s baby pictures. But that isn’t really the internet. It’s not the open, anyone-can-build-it network of the 1990s and early 2000s, the product of technologies created over decades through government funding and academic research, the network that helped undo Microsoft’s stranglehold on the tech business and gave us upstarts like Amazon, Google, Facebook and Netflix.

"The Internet Is Dying. Repealing Net Neutrality Hastens That Death." is from the November 29, 2017 U.S. section of The New York Times. It was written by Farhad Manjoo and narrated by Keith Sellon-Wright.