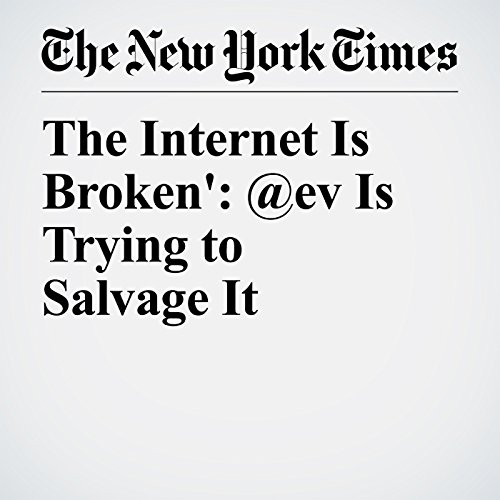 Evan Williams is the guy who opened up Pandora’s box. Until he came along, people had few places to go with their overflowing emotions and wild opinions, other than writing a letter to the newspaper or haranguing the neighbors.

"The Internet Is Broken': @ev Is Trying to Salvage It" is from the May 19, 2017 Financial section of The New York Times. It was written by David Streitfeld and narrated by Kristi Burns.

Cosa pensano gli ascoltatori di 'The Internet Is Broken': @ev Is Trying to Salvage It