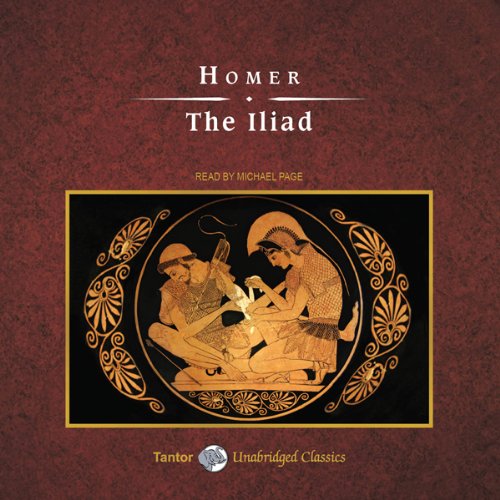 One of the foremost achievements in Western literature, Homer's Iliad tells the story of the darkest episode in the Trojan War. At its center is Achilles, the greatest warrior-champion of the Greeks, and his refusal to fight after being humiliated by his leader, Agamemnon. But when the Trojan Hector kills Achilles's close friend Patroclus, Achilles storms back into battle to take revenge - knowing full well that this will ensure his own early death.

This tragic series of events is interwoven with powerfully moving descriptions of the ebb and flow of battle, of the domestic world inside Troy's besieged city of Ilium, and of the conflicts between the gods on Olympus as they argue over the fate of mortals. The Iliad is a work of extraordinary pathos and profundity that concerns itself with issues as fundamental as the meaning of life and death. Even the heroic ethic itself - with its emphasis on pride, honor, prowess in battle, and submission to the inexorable will of the gods - is not left unquestioned. This version of The Iliad is the translation by Alexander Pope.

An excellent audio book for an epic poem.

An excellent narration for an epic poem, translated by Alexander Pope, whose control over verse is unparalleled.

The beauty of Pope's Iliad made audible.

What was one of the most memorable moments of The Iliad?

It is not about memorable moments. It is about being swept along on the tide of Pope's words.

I find myself wishing that Michael Page also did Pope's Odyssey. This was such a fun 65 hours. Often I would rewind and relisten to the most beautiful parts.