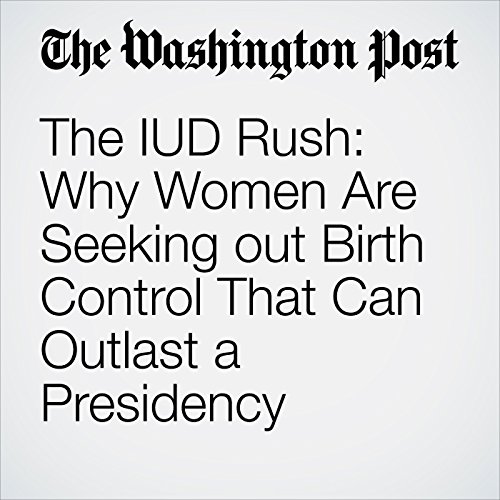 The day after President Trump’s inauguration, millions of women of all ages marched in the streets of major cities. In the past few months, there’s been another, quieter march that’s far more personal, yet still political. If you’re not a woman of childbearing age or a health-care provider, you might not have noticed it. Since the election, women have been seeing their gynecologists and visiting Planned Parenthood offices specifically to ask about birth control.

"The IUD Rush: Why Women Are Seeking out Birth Control That Can Outlast a Presidency" is from the February 07, 2017 Lifestyle section of The Washington Post. It was written by Lisa Bonos and narrated by Sam Scholl.

Cosa pensano gli ascoltatori di The IUD Rush: Why Women Are Seeking out Birth Control That Can Outlast a Presidency