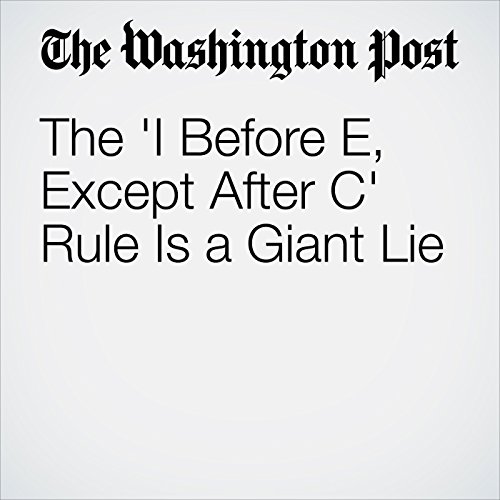 The familiar grade school mnemonic is a “supreme, and for many people solitary, spelling rule,” linguist Edward Carney wrote in “A survey of English spelling.” Its primacy has been acknowledged in English grammar textbooks from 1866 (James Stuart Laurie's “Manual of English Spelling,") until the present day (Bryan Garner's “Modern English Usage").

"The 'I Before E, Except After C' Rule Is a Giant Lie" is from the June 28, 2017 Wonkblog section of The Washington Post. It was written by Christopher Ingraham and narrated by Kristi Burns.

Cosa pensano gli ascoltatori di The 'I Before E, Except After C' Rule Is a Giant Lie