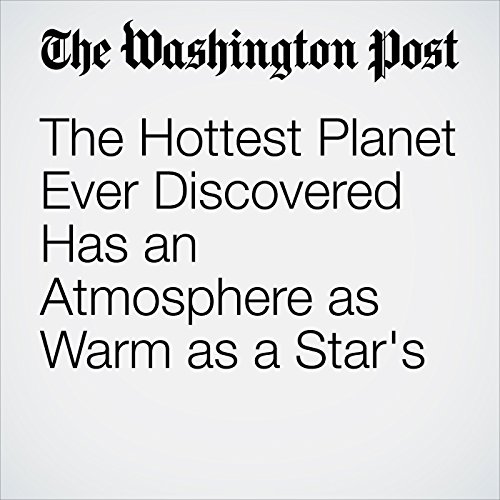 The hottest planet ever discovered orbits a massive star so sizzling it burns bluish white. On exoplanet KELT-9b, a gas giant 650 light-years from Earth, temperatures during the day reach 4,300 degrees Celsius, or 7,770 degrees Fahrenheit.

"The Hottest Planet Ever Discovered Has an Atmosphere as Warm as a Star's" is from the June 05, 2017 Speaking of Science section of The Washington Post. It was written by Ben Guarino and narrated by Sam Scholl.