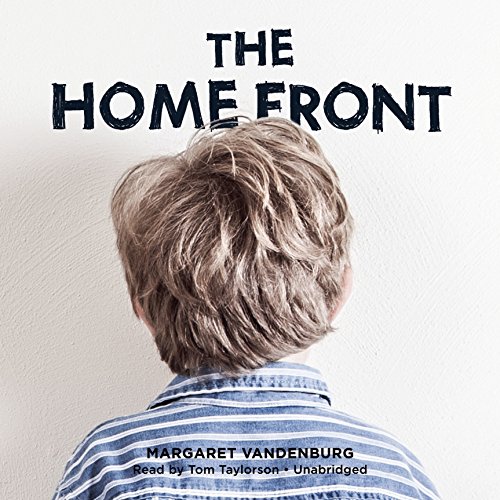 The Barrons like to think of themselves as a typical American family. Never mind the fact that Todd drops bombs on Afghan targets one minute and sits down to dinner with his wife and kids the next. A drone pilot stationed in Nevada, he manages to compartmentalize the conflicting demands of combat and family life - until their son, Max, is diagnosed with autism.

His wife, Rose, deploys an army of specialists, surfing the outer limits of the web for a miracle cure. Meanwhile Max clings to compulsive isolation and order - wearing the same tan clothes, eating the same round foods, lining up trucks or Legos or whatever else needs to be lined up - to fend off the chaos of normalcy.

Unhinged by their son's prognosis, Rose resorts to New Age, magical thinking to cope with her own sense of losing control. Todd feels curiously indifferent, watching his wife and son retreat further and further into la-la land. It's a familiar feeling, symptomatic of his "Chair Force" job waging virtual war. The Barrons continue to drift apart until a gifted behavioral therapist intervenes, reviving the dream of discovering a common language.

The Home Front is both deeply personal and culturally relevant, a family portrait of the uncanny connection between autism, drone warfare, and virtual reality. Without a real diagnosis of the problem, the prognosis isn't good.

The home front is a great read - timely, astute, funny and moving. It makes us think about love, family, gender roles, 21st century war and parenting, the insidious power of Internet and so much more. I loved it.