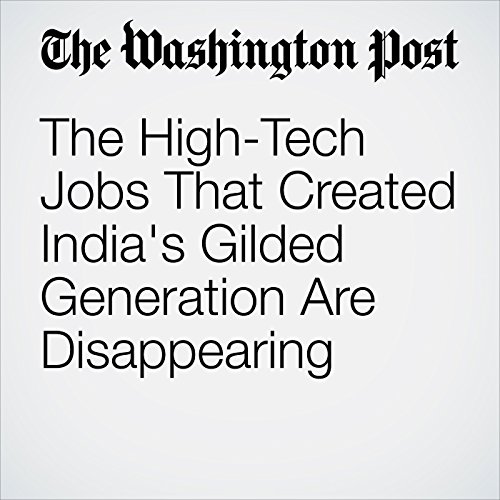 The High-Tech Jobs That Created India's Gilded Generation Are Disappearing

When P.R. Sujoy became a software engineer, he thought his life was made. It was a job his father, a former government employee who prized stability above all, could brag about to nosy relatives. It came with a highflying salary, enough for a mortgage and to start a family. So when his company suddenly asked him to resign, Sujoy refused.

"The High-Tech Jobs That Created India's Gilded Generation Are Disappearing" is from the June 24, 2017 Asia & Pacific section of The Washington Post. It was written by Vidhi Doshi and narrated by Sam Scholl.