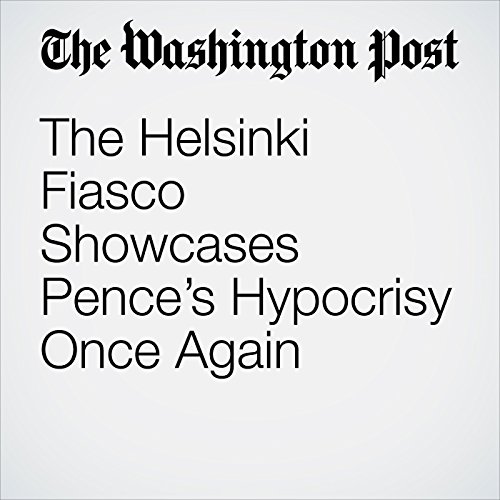 The best film ever done on the Trump administration is called “The Death of Stalin.” It is a dark but wholly brilliant comedy about how Stalin’s closest henchmen maneuvered for power in the days after the death of their publicly revered but actually despised leader. The only one missing from this movie is Vice President Pence.

"The Helsinki Fiasco Showcases Pence’s Hypocrisy Once Again" is from the July 17, 2018 Opinion section of The Washington Post. It was written by Richard Cohen and narrated by Sam Scholl.