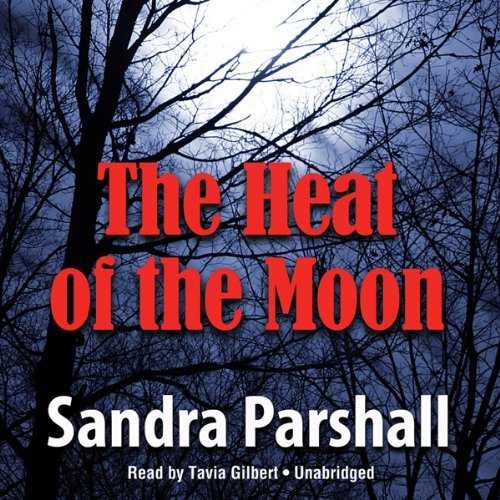 Young veterinarian Rachel Goddard’s world begins to crumble when a client rushes into the animal hospital with a dog struck by a car during a thunderstorm. The woman’s terrified child, drenched with rain, loses sight of her mother in the flurry of activity and screams, “Mommy! I want Mommy!” Instantly Rachel is hurled back in time to a day in her own childhood when her baby sister, Michelle, uttered the same cry while thunder crashed and rain poured down on them. The unearthed memory feels like a fragment of a nightmare, and Rachel doesn’t understand its meaning or the anguish it stirs up in her.

When she seeks answers, she learns nothing from Michelle or from Judith, their loving but manipulative mother. Judith is a psychologist who is only too happy to have her adult daughters still living in her elegant Tudor house outside Washington, DC. But their apparently serene home is a house of secrets where Judith’s unspoken rules forbid questions about the family history or the daughters’ long-dead father. As more baffling memories surface, Rachel begins to suspect that nothing about her family is what it seems.

Fighting her mother’s attempts to control her, Rachel embarks on a quest that takes her not only deep into her own memory but also halfway across the country. The truth she uncovers will shatter her world and force her to make an unthinkable choice.

Sandra Parshall, a former newspaper reporter, is the author of the Rachel Goddard mysteries, the first of which won the Agatha Award in 2006.

Quite an unusual and captivating book!

I read the second book in this series before the first was available on Audible. To her credit, Sandra Parshall didn't give away any of the essence of this book in the sequel (as authors of series sometimes do, to update a reader). Even more to her credit, this book is excellent as either a stand alone, or introduction to the series that will come after. This is a mystery arising from one woman's strange fragmentary memories, eerie moments of angst, but not being able to piece them together. She has to find their meaning, despite the anguish it will cause her to know.

Rachel Goddard and her sister Michelle are both adults, still living at home with their mother, who has subtle ways of controlling them which Rachel senses more than her sister. Mother uses some fairly unconventional means to organize all their lives, and it is very difficult for Rachel to find the emotional strength to investigate the secrets that haunt her. Luke, another doctor she works with in the veterinary clinic, helps her find the courage to explore her troubling dreams and sensations, even though it will lead to surprising twists and turns in the book.

I really liked the second book, and figured then it was going to be a good series, but now hearing this first book puts a lot of what was in the second in better perspective. I like that the author has created characters who have an intriguing back story, and feel that she has a good balance with setting the stage with deeply drawn characters in this book (appropriate to the whole story), but using only what is needed in the next book. Rachel is an interesting and inspiring protagonist. I really liked this book, and look forward to reading more in the series.

explicit sex scenes ruined it for me.

This was an interesting story, but the relationship between the doctor and the main character developes to fast for the "I love you's" that follow. Plus the descriptions of the sex are way to explicit for my taste. Overall, weird twist and hated the ending.

Simply put, I really liked this book. It is different than the regular murder mystery. I guess one would call it a psychological thriller mystery. The narrator was really competent. nothing exceptional, but nothing irritating or off key. The story was original and a bit twisted in an interesting way. I get tired of the retired, alcoholic, divorced, tortured depressed detectives who can't give it up. It was really original and compelling, well written, and entertaining. thumbs up.

Unpleasant to listen to.


I'm unusually sensitive to stories, fictions and nonfiction. This made me uncomfortable and anxious knowing where the story was headed. Wish I hadn't purchased it.

This is not to warn off other readers/listeners. It is suspenseful and leaves one wondering what comes next. I thought it was creepy, but often felt frustrated and impatient with the daughters' inability to grasp, or even suspect, the obvious.

I couldn't stop listening to this one . . . short glimpses of memories flashed back into veterinarian, Rachel Goddard's mind as she treats a dog hit by a car, and a little girl briefly gets separated from her mom in the flurry of activity . . . Something about the fear in the little girls eyes made Rachel remember a day long, long ago . . . but when she asks her own mother about what happened, she hits a dead end. That began Rachel's journey into her past, to find out about the accident that killed her father over 20 years earlier and her quest to find out why her mother refuses to show her any pictures of their family together before her father died. Everyone seems to have their "own version" of the truth . . . but Rachel has to unearth the real truth. Excellent story.

The story is not new, but the people were well done. I won't spoil the ending, just say that I disagree 100% with the author on what would have been best for the characters. Maybe because I found Judith so like my own mother.

I finally got around to listening. If you believe you would enjoy a novel about a certifiably crazy female psychologist determined to control the lives of her two young adult daughters with two very graphic out of context sex scenes thrown in gratuitously, then this novel is for you. The story line is actually quite good and the narration is excellent.

Rachel 28 and her sister Michelle 24 live w/ their mother who has ways of controlling them. The mother hypnotizes them to change, organize, control, and form them to the way she wants them. Rachel starts to have memories of another life and dreams about another family. She has feeling for Luke but has problems forming attachments because of the mind control her mother has on her. Michelle is so brain washed she is just like her mother. Rachel searches for the truth to her past which will destroy the life she and her sister have now. A car crash kills the father which is the start of this night mare. The mother cracks up and kidnaps the two girls making them her daughters. Good book and good finish. The Narrator Tavia Gilbert is FANTASTIC.

I'm about 4 hours into this book and I just can't take anymore. There are so many cringe worthy lines and ridiculous sex scenes. And since when was hypnotizing a viable means of therapy???? The male character is so unrealistic, it's almost as though the author has never met a man in her life. I might have to sue for the medical bills I'm going to incur to correct the permanent damage gained by rolling my eyes so much. I shudder to think I may finish this book only to discover that the plot doesn't end and I'd have to be put through another torturous book just to find out what the whole mystery is. Honestly, I don't think I can bring myself to care enough. Rachel might be one of the most annoying characters I have ever come across in my 3 years with Audible.

Thanks, but no thanks Sandra Parshall.